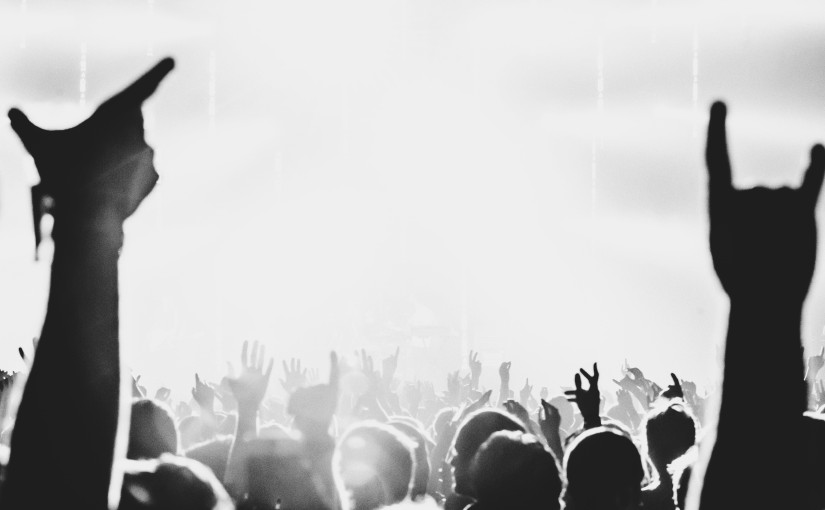 In 2003, a little-known band released their debut album, without much fanfare or expectation. ‘Permission To Land’ was the album, The Darkness was the band. Overnight they became a household name, playing major venues across the world, and though largely seen as a bit of a joke, they were undoubtedly talented musicians who created an album unlike anything else at the time- packed full of great riffs and earworm choruses. Permission To Land is still one of my all-time favourite albums; impossible to listen to without a big grin on my face.

Two years later, the follow-up, ‘One Way Ticket To Hell…And Back’ was released and, well, flopped. A couple of half decent songs weren’t quite enough to make up for the rest of the album, which lacked all of the charm and fun of the original. As quickly as they had burst onto the scene, The Darkness disappeared into obscurity. The wheels had already started coming off by this point, with lead singer Justin Hawkins eventually having a bit of a breakdown.

This situation is far from unique to The Darkness. Known variously across the world as either the ‘sophomore slump’, ‘second album syndrome’ or ‘second-year blues’ this phenomenon refers to when a follow-up album (or film, book, athlete, sports team) fails to hit the heights of the debut effort. A quick google will reveal countless lists of examples, from The Strokes to The Stone Roses. Seemingly the more successful the debut, the harder it is to follow. Lightning doesn’t strike twice as they say.

On one hand, the first effort has been crafted over a lifetime, and without the expectation has been crafted lovingly from a place of truth. The follow up however will only have a year or two, and often less, to try and capitalize on the ‘buzz’. But if the talent is there, then why should the quality drop off so much between efforts? I think the problem comes when the focus is lost. Very few people create with the expectation of becoming rich and famous. They do it because they love it – because it’s what they feel in their heart. Once they start believing the hype, they’re no longer creating what they feel, they’re creating what will be the most successful. They stop trying to make another great piece of work and instead try to make what they think others will want.

Money is a great servant but a terrible master.

The people who avoid second album syndrome are the ones who stay true to themselves, the ones who make what they make for themselves, and no one else. Most of us will not experience creating something which is beloved by millions, but it’s still easy for us to get caught up in our own hype. If you find yourself at a crossroads, remember what got you started in the first place. Do what you do because you love doing it, not for any other reason. Being distracted by things outside of your control like money or what other people might want will nearly always end up in failure.

Oh, and in case you were wondering, this story has a happy ending. The Darkness are still going. After several stints in rehab, lineup changes and infighting, they took a further 7 years to release their third album, and while it was hardly a commercial success it was at least critically appreciated. Now sober, happy and healthy, they have continued to release a new album every couple of years and touring regularly. They remembered why they became musicians in the first place, and once again make the music they want to make.

a streamlined mind is my goal, this is my journey. View all posts by James